The Committee Room continues its TCR Literary Journals Series with a look at Gargoyle, the venerable yet always up to date literary journal based in the Washington, DC area.

Gargoyle was founded in 1976 by Richard Peabody, Russell Cox, and Paul Pasquarella. Intending to call the new journal Pan, the three young editors went to Washington National Cathedral to photograph a statue of the god Pan. Photos of the cathedral's gargoyles turned out to be more interesting so the journal was renamed.

Cox and Pasquarella left Gargoyle after the first year but Peabody forged on working with other co-editors until 1990 when the magazine temporarily ceased publication. Gargoyle returned in 1997 with Peabody co-editing with Lucinda Ebersole. 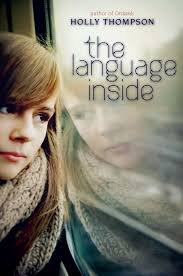 To help ease her longing for Japan, the country she considers home, Emma volunteers at a local healthcare facility where she assists Zena, a stroke patient. Zena suffers from locked-in syndrome, a condition which has left her mentally active but physically paralyzed and unable to speak.

Twelve Great American Novels (and The Great Gatsby, too)

The Committee Room marks the release of the latest film version of The Great Gatsby by taking a look at The Far Side of Paradise, Arthur Mizener's classic biography of F. Scott Fitzgerald that played an important role in establishing Fitzgerald's reputation as a major American writer.

For much of the 1930s and 1940s, Fitzgerald was widely viewed as a literary curiosity noteworthy only for his vivid depictions of the Roaring Twenties. When Fitzgerald died in December 1940, a New York Times obituary carried the headline "Brilliant novelist of the Twenties; inactive recently" and noted that "the promise of his brilliant career was never fulfilled."

TCR Story of the Month for May: "Homunculus" by Adam McOmber


The Committee Room is pleased to present "Homunculus" by Adam McOmber as TCR Story of the Month for May. A meticulously rendered and highly unusual story, "Homunculus" deals with matters of science, history, and extreme personal creativity.

McOmber is the author of the novel The White Forest (Touchstone, 2012) and the short story collection This New & Poisonous Air (BOA Editions, 2011). His work has appeared recently in Conjunctions and Fairy Tale Review. He is the Associate Editor of Hotel Amerika at Columbia College Chicago
where he teaches literature and creative writing.